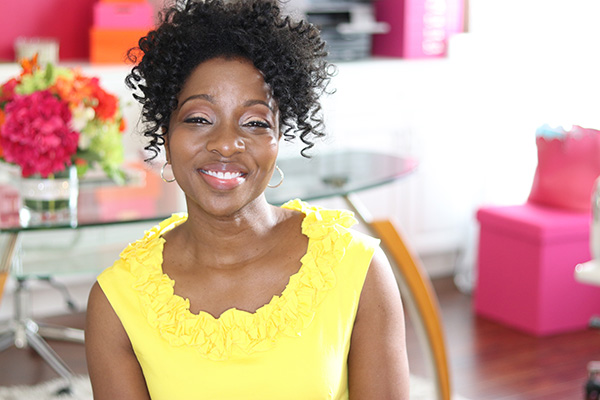 Tajuana received a Bachelors of Science in Human Resource Management and a Master’s of Science in Human Resource Development from Indiana State University. Employed at Rolls-Royce Corporation for the past 22 years, she has been a United Auto Workers trainer for the past 20 years where she teaches employees soft skills and healthcare basics.  As a trainer, Tajuana has seen the importance of creativity and continued learning to individuals success and well-being. Pursuing her own creative path and desire for growth while still in the corporate world, she successfully launched the Essence of Green Soy Candle Company and Essence of Green Publishing Company in 2008 in an effort to facilitate business awareness about sustainable products and business practices.

Today, Mimosa and a Masterpiece continues to grow and thrive all while Tajuana is expanding her well-known brand into other product offerings. The current Facebook page has almost 18,000 likes.  One of her most recent extension of the brand launched in March 2016 with Mimosa and a Masterpiece in a Box. This new offering takes the experience she has created at her studio and allows anyone to host a unique painting party at any location and at any time.  Everything you need for a creative painting party is shipped to your door.

In 2013, Tajuana took her passion for learning and creativity to another level by completing the Coach Training Intensive from the CAPP Institute. As a Certified Life Coach, Tajuana empowers women to dream of the life they want while she partners with them to help them achieve it.

In 2015, Tajuana was featured in the nationally published Money Magazine, “What You Can Learn From 401(k) Millionaires in the Making.” Tajuana’s learnings through her corporate and entrepreneurial career have made her a spokesperson and inspiration for other women business owners and leaders. “My recent training as a life coach as well as my experience working in the corporate world and as an entrepreneur have equipped me to empower other women who are business owners in their quest for a balanced and inspired life.” Says Tajuana.

In 2017, she launched Mimosa and a Message.  This brand expansion is intended to uplift and inspire through posts and video blogs.

Mimosa and a Masterpiece in the Media